Flic Lowe works in stoneware and porcelain, exploring the internal space and how it relates to the external shape. The Norfolk landscape, particularly the sea and marsh, are an inspiration for her work.

Flic first started potting at Sir John Cass Art College in Whitechapel in the late 1960s when she was studying law at King’s College London.

She was a lecturer in the early 1970s at what is now Anglia Ruskin University, where the internationally recognised potter Joanna Constantinidis (1927-2000) was head of ceramics. Flic was a student of Joanna’s for 10 years.

In the ’90s, after having three children and working as an employment advisor for the CAB, she decided to return to college and study for her City and Guilds Diploma in ceramics. In 2008 Flic moved to Norfolk, where in 2013 she began to return to potting.

Flic’s work will be exhibited alongside 24 other artists at the west Norfolk taster exhibition, as part of Norfolk & Norwich Open Studios 2019. 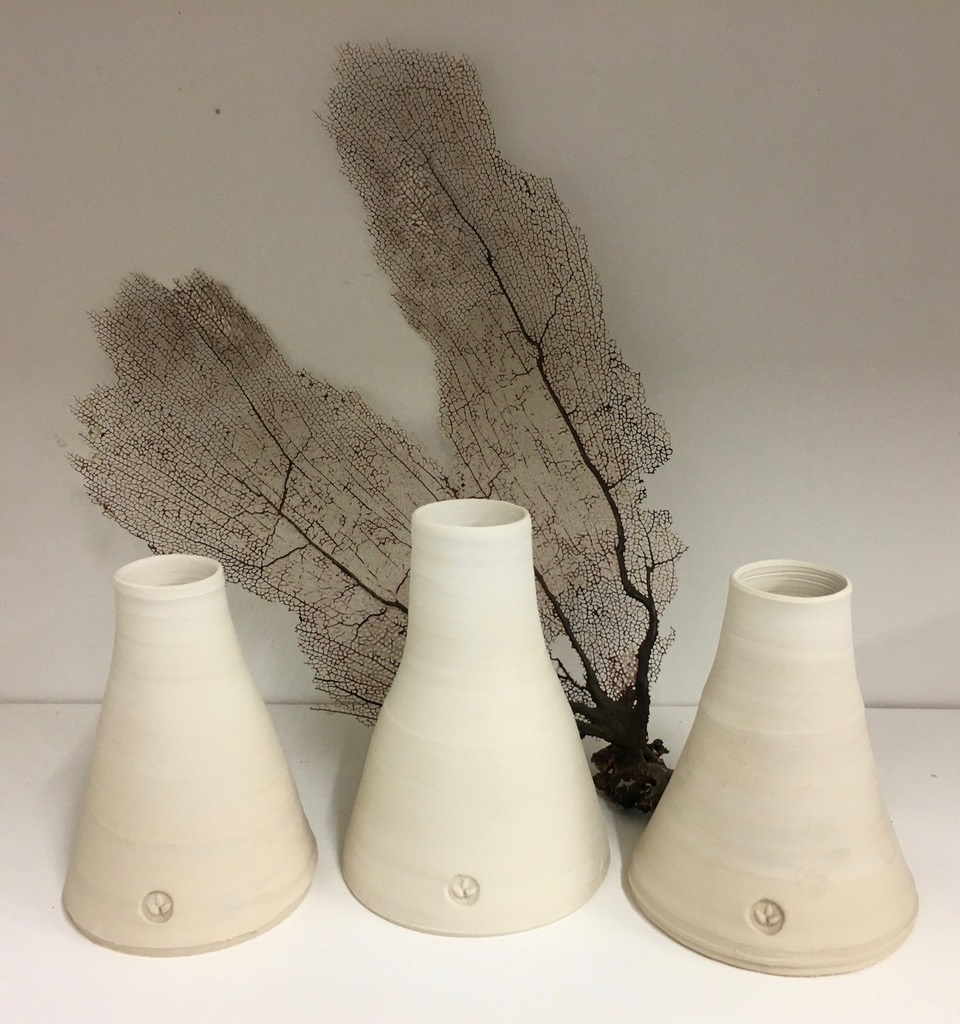