Les finds inspiration in the life and buildings of the City of London, having worked there for many years. “It is impossible not to be impressed by the way buildings and areas rapidly change,” he says. “Providing the opportunity to record history in the making”.

His medium is pen and wash, and he loves painting on location, in order to capture the moment. He has trained at the Royal Drawing School and under the tutelage of some of the leading watercolourists in the United Kingdom.

Over the last few years he has exhibited on many occasions in London, including The Barbican, Menier Gallery, Lloyd’s, Bankside Gallery, St Martins in the Fields and Southwark Cathedral.

His work is owned and collected by important figures in the Square Mile and in the US. He regularly shows in Norfolk, in Norwich at The Assembly House and The Forum, whilst also participating in Norfolk Open Studios.

“Les is one of the leading pen and wash watercolourists in the country”. – The Assembly House, Norwich

Les’s work will be exhibited alongside 24 other artists at the west Norfolk taster exhibition, as part of Norfolk & Norwich Open Studios 2019. 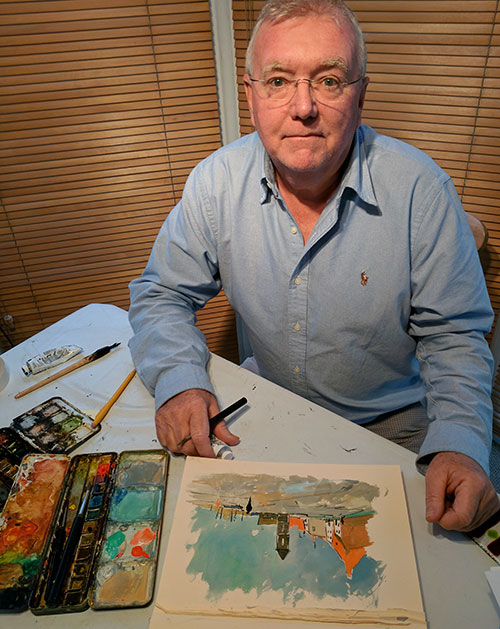 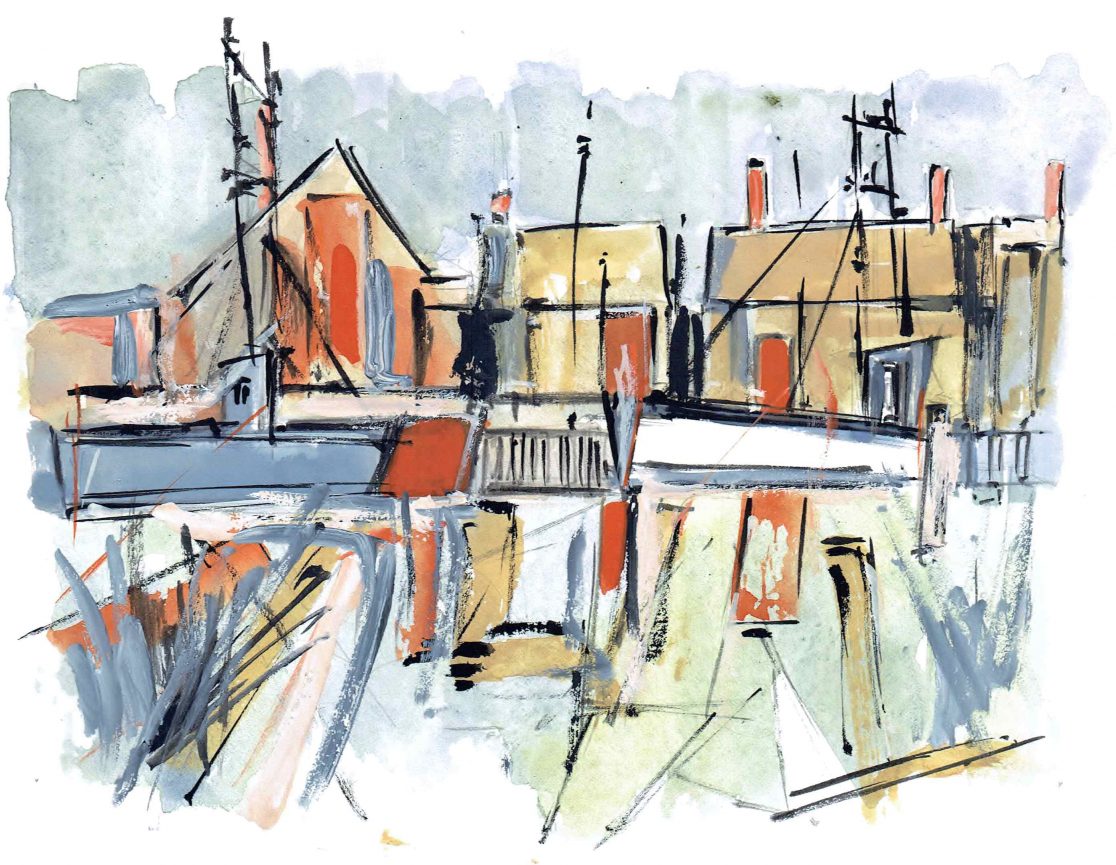 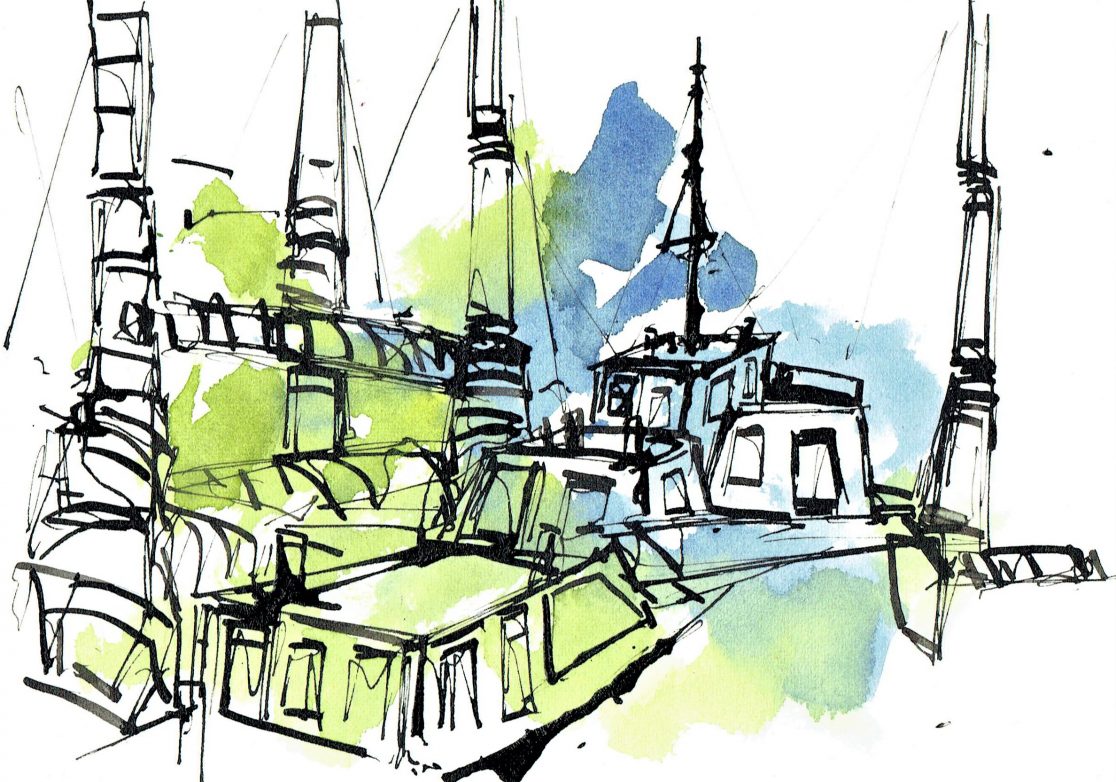 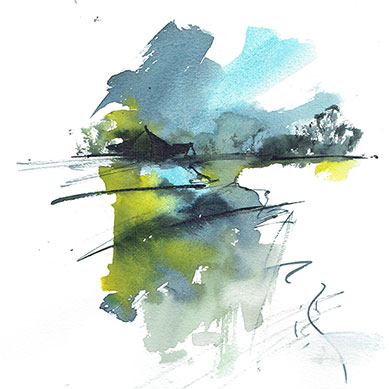